Jeff Friedman, age 40, in yellow shirt, and his partner Andrew Zwerin, age 39, are seen in their home in Rockville Centre, NY, U.S, on June 4, 2008. They have a son Joshua, age 4. A California court decision legalizing same-sex marriage that prompted New York Gov. David Paterson to issue an executive order recognizing gay nuptials performed elsewhere has sparked a matrimonial rush by gays in the Empire state. While hundreds and perhaps thousands of New Yorkers have crossed the border to marry in Canada, now those marriages, and those performed in neighboring Massachusetts and California will give them the same rights as straight couples. Friedman and Zwerin plan to wed in California in October. 6/4/2008 Photo by Jennifer S. Altman, Freelance 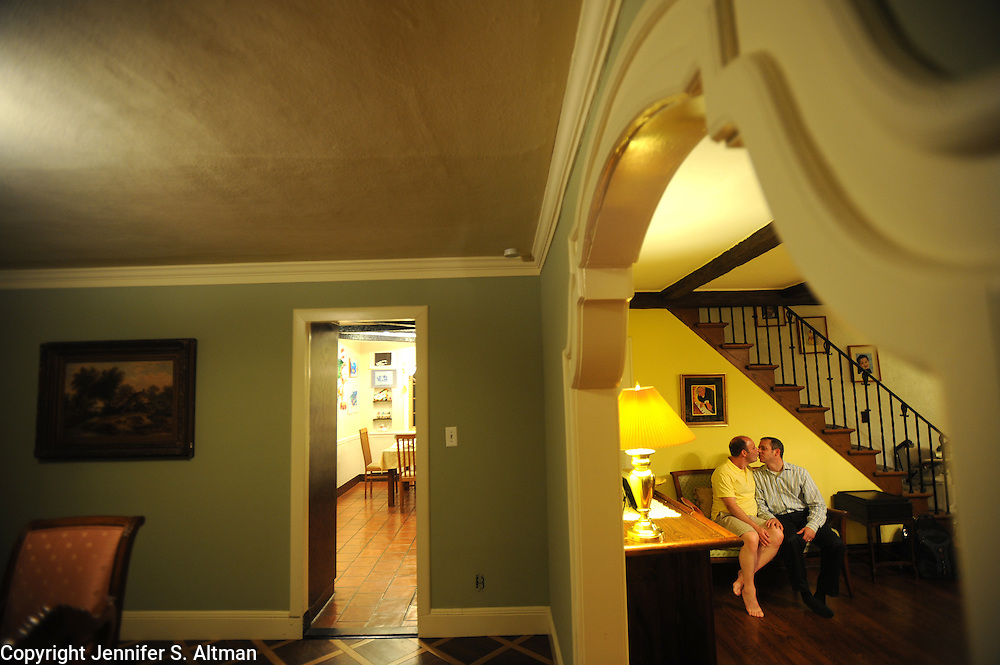