Col. Tom Klodnitz, who taught several of the West Point cadets killed in Iraq, is seen at the cemetery where they are buried, in West Point, New York, USA. There were 4,400-plus men and women who did not return from Iraq. The are 19 U.S. Military Academy graduates killed in Iraq who are buried in historic West Point Cemetery, including Lt Emily Perez, the first member of West Point's "Class of 9/11" to die in combat, the first female West Point graduate to die in Iraq and the highest-ranking black and Hispanic woman cadet in the academy's history. 12/9/2011 Photo by Jennifer S. Altman, Freelance 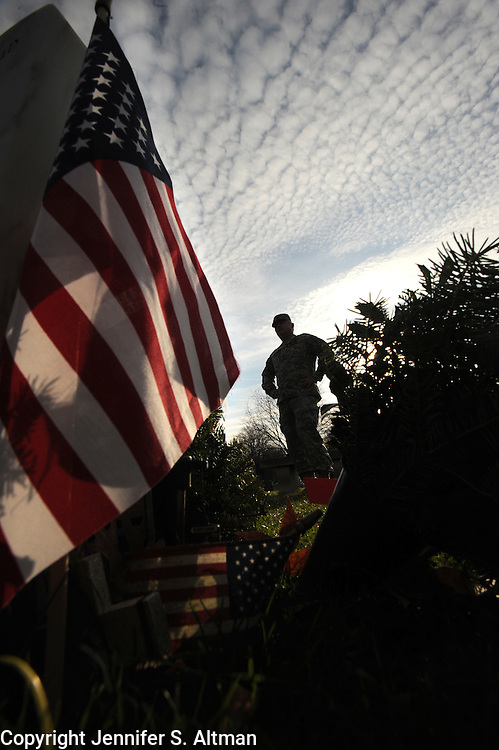